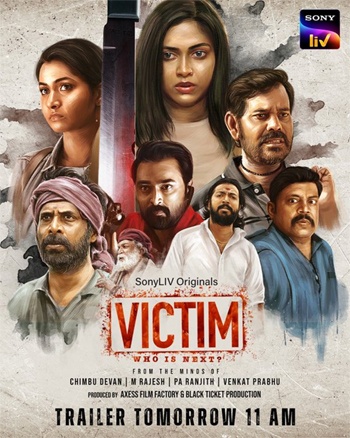 An anthology Tamil series titled Victim- Who is next? is directed by four directors namely Pa Ranjith, Venkat Prabhu, Rajesh M, and Chimbu Deven. The trailer was dropped by the makers today. The trailer explores stories involving four victims who got suffered due to a crime and it is very intriguing.

It is produced by Axess Film Factory and Black Ticket Company. Sam CS, Premgi, Ganesh Sekar, and Tenma composed the music. It will be available to stream from August 5th on Sony Liv. Keep watching this space for more such updates.