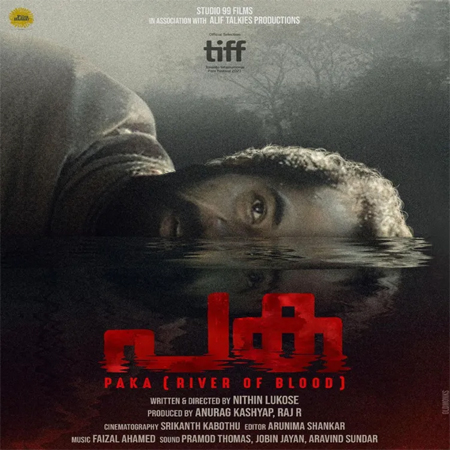 The Bollywood director, Anurag Kashyap is very famous for his classic Gangs of Wasseypur. He co-directed India’s first Netflix series Sacred Games, which is a crime thriller. The director who is currently directing Dobaaraa is producing a Malayali OTT film.

Titled Paka (River of Blood), the OTT film will be premiered directly on the SonyLiv platform on 7th July. The film’s trailer was officially released today and it is interesting. The film is written and directed by Nithin Lukose.

The movie achieved many recognitions before its official release. The film got selected for Toronto International Film Festival 2021. The movie stars Basil Paulose in the lead role while Vinitha Koshy, Nithin George, Abilnash Nair, and Athul John are in supporting roles.