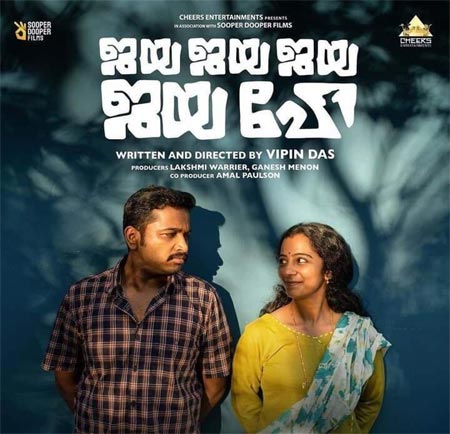 The Malayalam film industry has never failed to give surprises in coming up with content-oriented films. Recently a small-budget film titled Jaya Jaya Jaya Jaya Hey was released and did wonders. The film was made with a budget of 5 crores and ended up collecting more than 40 crores gross.

The latest update is that the film will premiere on the OTT platform Disney Plus Hotstar on the 22nd of this month. The digital platform just made an official announcement. There was no update on other language audios, however. Jaya Jaya Jaya Jaya Hey stars Basil Joseph, Darshana Rajendran, and Aju Varghese in crucial roles.

Directed by Vipin Das, the film is a sarcastic take on a social issue. Hridayam fame Darshana attracted audiences with her stunning performance. Lakshmi Warrier and Ganesh Menon bankrolled the movie. Those who missed watching the film in theatres can catch it on Hotstar from the said date.