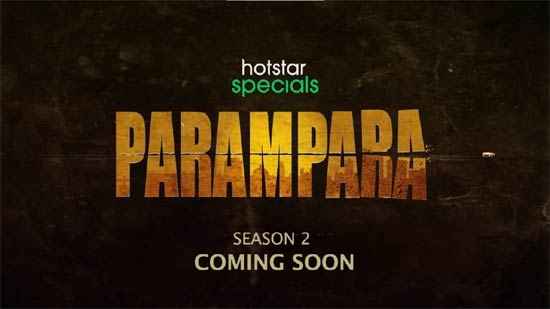 Back in December 2021, leading OTT platform Disney Plus Hotstar released a Telugu crime drama web series called Parampara. It became a grand success and netizens liked the revenge drama. Now, the series has made the headlines again.

Disney Plus Hotstar took to its social profiles and announced that the season 2 of the famous series will be coming very soon. A promo regarding the same has been released by the OTT platform.

Jagapathi Babu, Sarath Kumar, Naveen Chandra, Ishaa Venkatesh, Naina Ganguly and Aakanksha Singh are the lead characters in this series. Produced by Shobu Yarlagadda and Prasad Devineni, the movie is directed by Krishna Vijay L and Viswanath Arigela. The release date will be announced very soon.