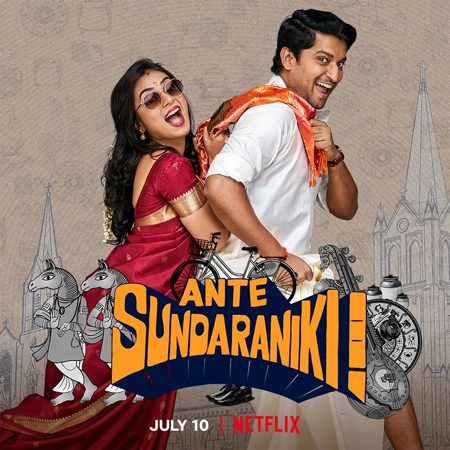 Natural Star Nani’s recent film Ante Sundaraniki has finally made its way to the OTT platform The romantic-comedy entertainer is directed by Vivek Athreya. Malayalam actress Nazriya Fahadh made her debut in Tollywood with this movie.

Namaskaram, Swagatham & Vanakkam! Sundar and Leela are here to invite you to witness their wedding story 🕺💃
Ante Sundaraniki is now streaming on Netflix in Telugu, Malayalam and Tamil! @NameisNani #NazriyaFahadh #VivekAthreya pic.twitter.com/gsSJ0p3Ee4