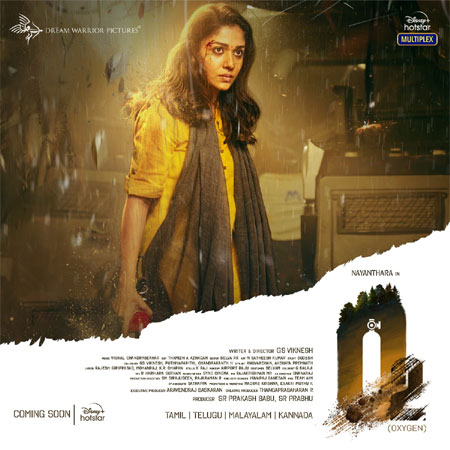 Lady Superstar Nayanthara is back with another interesting thriller, O2 (Oxygen). Written and directed by GS Viknesh, the movie is opted for OTT release.

Disney Plus Hotstar, which grabbed the premiere rights of the thriller, has released the teaser of the movie today. The teaser looks interesting. Going by the teaser, it is clear that Nayanthara and others are in a bus that falls in a deep valley, where there is not enough oxygen to survive, on a rainy night. How they deal with the situation forms the crux of the story.

Ritvick is playing a key role in this movie, produced by Dream Warrior Pictures. Vishal Chandrasekhar has composed the music for this OTT film, which will be released soon in Tamil, Telugu, Malayalam and Kannada.