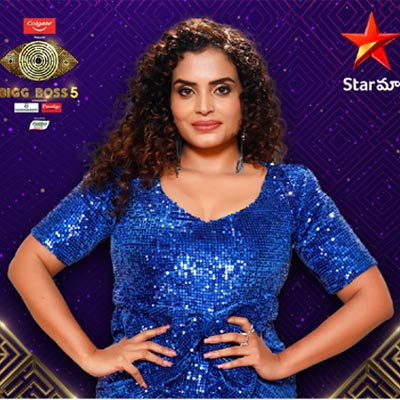 In the tension-filled first elimination weekend in the Bigg Boss house, host Nagarjuna stole the show with his exuberance and charisma. Nag started off with playing fun games with the housemates and teased them about some fun incidents and “tracks” that have been highlighted through the week.

And when it came to the elimination, Nag was as usual at his poignant best. As being speculated, popular YouTube actress Sarayu is the first housemate to be evicted from the show. Her best buddies in the house, Vishwa and Hamida, were left in tears as Sarayu exited the house. Nag tasked Sarayu with mentioning the names of five best and worst contestants.

And Sarayu turned emotional while listing out Swetha, Manas, Priyanka Vishwa and Hamida as her 5 favorite contestants. She then chose Siri, Shanmukh, Sunny, Lahari and Kajal as the 5 worst contestants in the house. She particularly blasted Shanmukh and Siri’s dual game in the house. On the whole, tonight’s elimination round thoroughly enthralled the audience, although many felt that a bold and honest contestant like Sarayu should have stayed longer in the house.