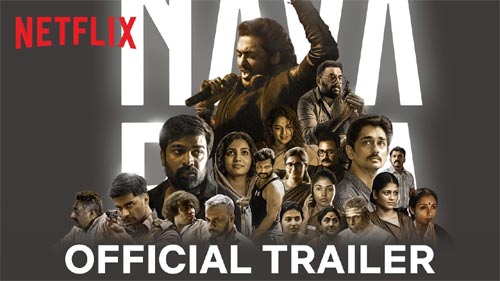 Mani Ratnam is ready with his first OTT project, Navarasa. He is producing this series which has nine stories in total. The series is directed by some big names in Indian cinema.

After a solid teaser, the makers have released the trailer of the project today. The trailer showcases various stories in a gripping manner. The likes of Suriya, Arvind Swamy, Vijay Sethupathi, Revathi, Siddharth, and many more big names are shown in intense avatars.

The emotions and storytelling in all the stories look solid and have a full-on mark of Mani Ratnam. The BGM used, and Suriya’s romantic avatar, in particular, grabs the attention.

Navarasa will be available from August sixth on Netflix and now the trailer has only raised the expectations and the big stars are only the icing on the cake.