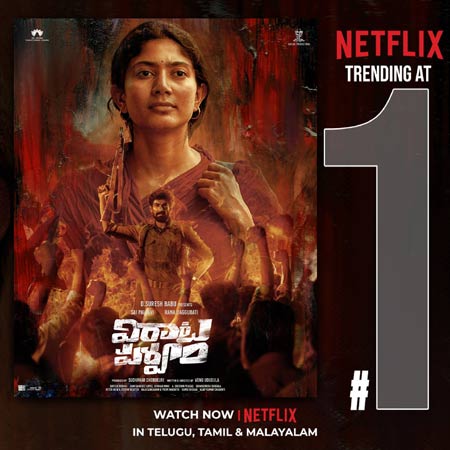 Rana Daggubati and Sai Pallavi starrer Virata Parvam has recently made its digital debut on the OTT platform Netflix. Directed by Venu Udugula, the film received mixed responses from the audiences when it was played in theaters.

But, the scenario is different on the OTT platform and the romantic action drama is now trending at the No. 1 position on Netflix India( irrespective of the language). Team Virata Parvam is quite happy with the response from the OTT audiences.

We are elated to share the news that #Viratparvam is Trending at #1 on @NetflixIndia.

A film that revolves around the ACT of LOVE ❤️