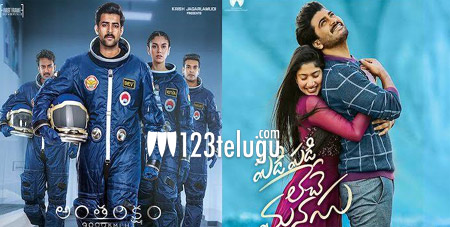 So much was expected from both Padi Padi Leche Manasu and Antariksham but sadly both the films opened to some mixed response all over the Telugu states.

Now that the films have completed one week, their progress at the box office has slowed down considerably. Both the films being A center movies, their response in the multiplexes has been dull in the last few days.

While PPLM was a love story, Antarisham was a space drama directed by Sankalp Reddy.