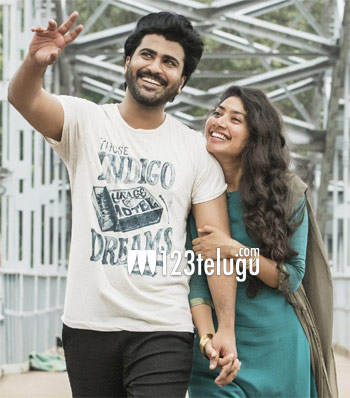 Sharwanand and Sai Pallavi are paired with each other in a romantic entertainer being directed by Hanu Raghavapudi. Titled Padi Padi Leche Manasu, a majority of the film’s shooting took place in Kolkata. After a 70 day long schedule in the Bengal city, the unit recently returned to Hyderabad.

As per the latest updates, the makes are planning to can the film’s final schedule in Nepal. The entire shoot, except for a minor patchwork, will be wrapped up in Nepal. Hanu Raghavapudi has reportedly scripted a hilarious romantic comedy, and both Sai Pallavi and Sharwanand will showcase their comic side.

Prasad Chukkapalli and Sudhakar Cherukuri are producing this film. Vishal Chandrasekar of Nani’s KVPG fame is the film’s music composer.