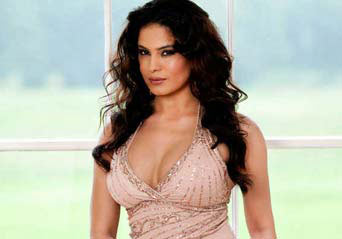 Looks like glamour doesn’t have boundaries! Pakistani girl Veena Malik is all set to make her appearance in Telugu movies if the latest buzz is true. This controversial actress is going to appear in the movie titled ‘Nagna Satyam’. The movie is being produced by Chadalavada Srinivasa Rao on Anuradha Films banner. The movie will be directed by Rama Rao.

Veena Malik moved to Mumbai for a career in Bollywood after leaving Pakistan and is currently doing a movie in Kannada. Filming for the movie will begin on the 10th of this month with an expected release date sometime early in 2013. We don’t how talented an actress she is, but her moves will surely be watched with keen interest by her many international fans.

With Veena declaring her readiness for item songs as well, she may also feature in sizzling numbers opposite our biggest stars.