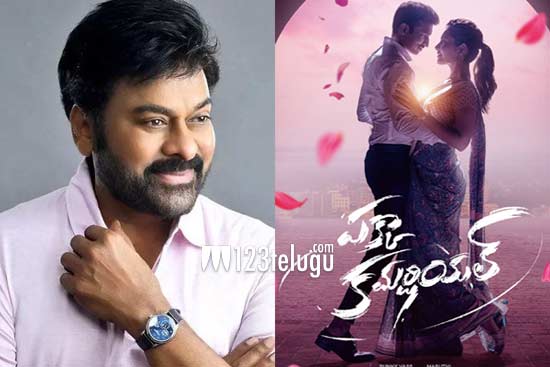 Pakka Commercial is a film that has created a good buzz for itself. The film directed by Maruthi will be released on the 1st of July.

The pre-release event of the film will happen on the 26th of this month and what’s special is that megastar Chiranjeevi will be coming in as the chief guest.

Gopichand plays the main lead in this film which has Raashi Khanna as the female lead. The promos have clicked quite well and now, all eyes will be on this mega pre-release event.