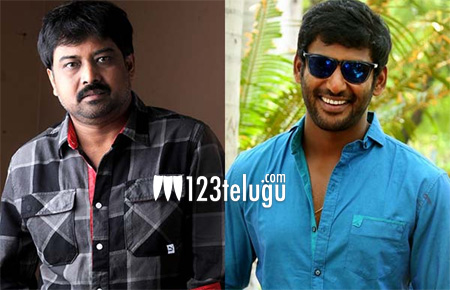 For the past few months, Tamil hero-director duo Vishal and Lingusamy have been busy shooting for Sandakozhi 2, a sequel to their 2005 blockbuster Sandakozhi (Pandem Kodi). Keerthy Suresh is playing the female lead in this much-awaited sequel.

As per the latest updates, Sandakozhi 2’s shoot is halfway through and the film’s next schedule will take place in Dindigul. Varalaxmi Sarathkumar is said to be playing a negative role in the movie. The film’s teaser, which was released during the Nadigar Sangam star night in Malaysia, received a decent response. Vishal himself is bankrolling the sequel.