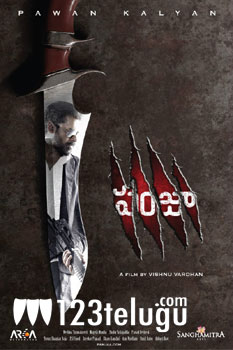 The last shot of Panjaa was canned today on Pawan Kalyan and some other actors. With this the entire shooting has been completed including patch work. After the last shot was canned, the producers signed the clapboard. Currently, the film’s re-recording and final mixing is going on in Chennai. Vishnu Vardhan has directed the film and it’s his debut film in Telugu.

Pawan Kalyan’s name in the film is Jai and the story has a mafia backdrop. Sarah Jane Dias, Anjali Lavania, Jackie Shroff, Atul Kulkarni and Adivi Sesh have played important roles in the film. Yuvan Shankar Raja has composed the music. Neelima and Shobu have produced the film on Sangamithra Arts and Arka Media banner. The film is going to hit the screens on December 9.