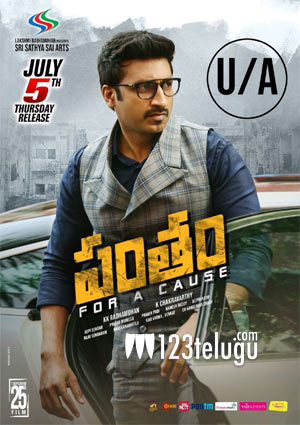 A lot is riding on Gopichand’s Pantham as it is his 25th film in his career. The film opened today all over the Telugu states and the occupancy in the morning shows was quite good with many shows sold out in the interiors of Telangana and AP.

Being a Thursday, this is a good sign and the latest we hear is that the occupancy for the afternoon shows is also very good. With the weekend coming in, the film should do well in its target areas which is the B and C centers.

Debutante Chakri has directed this film which has Mehrene as the female lead. K Radha Mohan is the film’s producer.