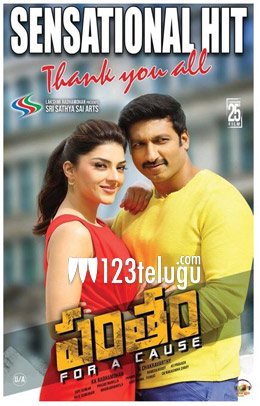 In its opening weekend, Pantham collected Rs 6.77 crore worldwide share from a gross of Rs 10.50 crore. In Andhra Pradesh and Telangana, the film collected Rs 6.02 crore share in 4 days. Below is the area-wise breakdown of Pantham’s worldwide 1st weekend collections: