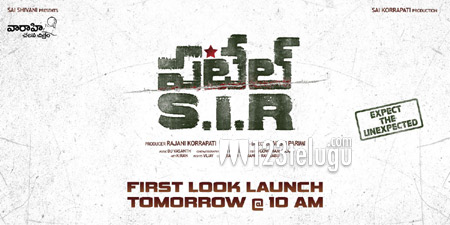 Patel Sir is being produced by noted filmmaker Sai Korrapati on his Vaaraahi Chalana Chitram banner. DJ Vasanth is composing the music.