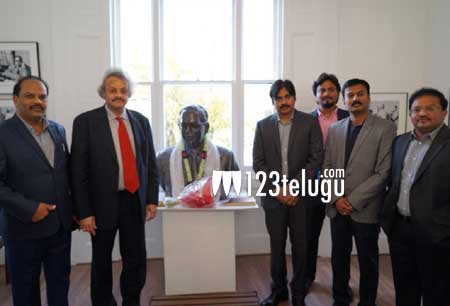 Actor-politician Pawan Kalyan is currently in London to take part in the Indo-European Business Forum summit and receive the IEBF Excellence Award for his selfless efforts on the Uddanam issue. The award ceremony was concluded just a while ago.

Meanwhile, Pawan has used this trip to bond with his fans from London and other European countries. Apart from exchanging pleasantries, Pawan reportedly explained his fans about the objectives of Janasena. Pawan will return to Hyderabad on November 18.