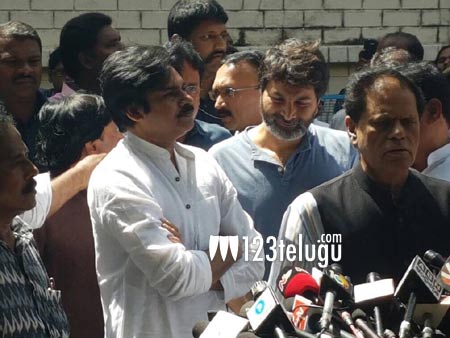 The entire film industry is in a shock because of the demise of veteran director Dasari Narayana Rao. The entire proceedings have come to a halt today and personally, power star Pawan Kalyan has called off his shoot for the next three days as a mark of respect.

Pawan paid his respects to the legendary director earlier today and speaking to the media, he said that Dasari’s loss to the industry is irreplaceable. The veteran director was 75 years old and was one of those who brought a star status to the director’s clan.

Apart from Pawan, other superstars like NTR also paid his last respects today.