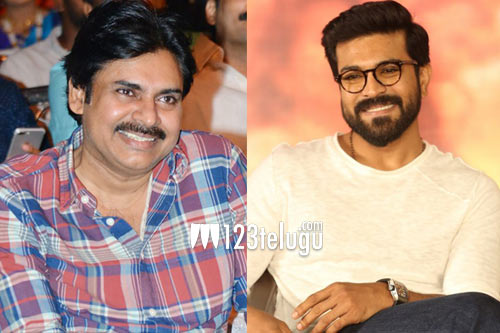 There has always been a talk that Pawan Kalyan and Ram Charan Tej will be doing a film together but nothing has ever been confirmed to date so far.

But the latest gossip going around reveals that the project will surely happen and Charan himself will produce it on his home banner. The talk is also that the film will be launched in the second half of 2020.

As of now, Pawan is gearing up for the comeback film of his which will be produced by Dil Raju. On the other hand, Ram Charan is busy shooting for his new film RRR in Rajamouli’s direction.