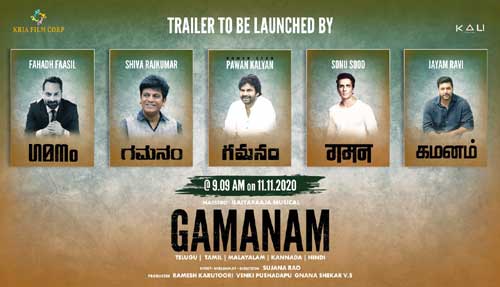 The trailer for Shriya Saran’s female-centric multi-lingual pan-Indian film, Gamanam, will be launched by five popular stars from all the four major South Indian languages and Hindi. The trailer will be out in all the five languages on November 11 at 9:09 am.