Pawan Kalyan reveals an unknown fact on producer AM Ratnam’s b’day
Published on Feb 5, 2021 2:57 am IST 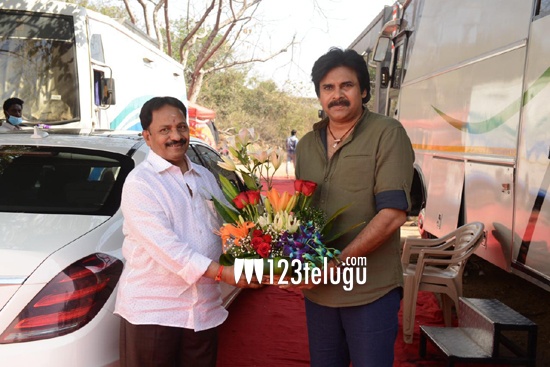 Veteran producer AM Ratnam celebrates his birthday today. On this special occasion, star hero Pawan Kalyan, who’s playing the main lead in AM Ratnam’s comeback film as a producer under Krish’s direction, has extended his warm wishes and revealed an unknown fact which dates back to the early days of his acting career.

“I never asked anyone to make a film with me. But AM Ratnam garu is the only person I requested to produce a movie for me in the initial days of my career. His relative was my close friend in Nellore. I met Ratnam garu several times in Chennai through my friend. Ratnam garu obliged my request and gave me a memorable hit in the form of Khushi,” revealed Pawan.

Pawan also said that AM Ratnam is the first South Indian filmmaker who paved the way to the pan-India films culture with Indian (Bharatheeyudu). Pawan went on to hail AM Ratnam’s penchant for excellence in arts and his business acumen. “He always embellished his movies with artistic values and commercial elements in equal proportions and spread the market of South Indian movies,” the Power Star said.