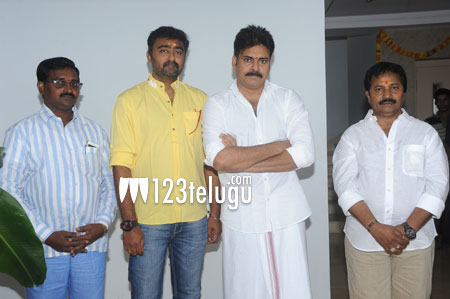 Some time back, there were many reports that producer A M Ratnam is lining up a huge project with Power star Pawan Kalyan but nothing was confirmed about it.

Today, surprisingly, the film was launched today in a silent manner in Hyderabad. Pawan Kalyan and producer A R Ratnam attended the shoot along with the film’s director Neason.

Details about the shoot and other star casts will be out soon.