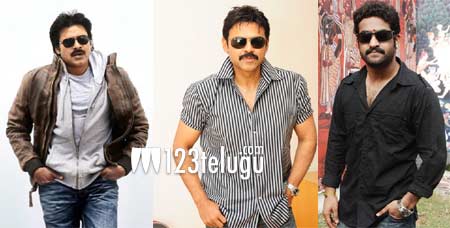 A most interesting battle is going to happen this Sankranthi. Till now, only NTR’s film with Puri Jagannadh was in the race for Sankranthi 2015 but now another big budget film has joined the competition and that is ‘Gopala Gopala’.

This remake film is going to release in January for Sankranthi instead of the earlier Dussehra plan. Being a family subject with two top stars, it will be interesting to see how NTR handles this competition for Sankranthi.

As of now, it is these two biggest for Telugu Film Industry’s most favourite season. Will anyone else join the race in the coming months? Let us wait and see.