Pawan Kalyan wishes everyone a Merry Christmas
Published on Dec 25, 2016 9:17 am IST

Numero uno film star and Jana Sena President Pawan Kalyan extended his Christmas wishes to the people of the two Telugu states and the nation. The Jana Sena leader issued a letter last night in which he quoted Jesus Christ “When love is universally shared by one and all; then peace, freedom, happiness will come closer to us”.

Pawan wrapped up Katamarayudu’s Pollachi schedule and headed back to Hyderabad. He is expected to take a brief holiday abroad to ring in the Christmas and New Year with his family. Katamarayudu will be releasing as an Ugadi special treat for fans. 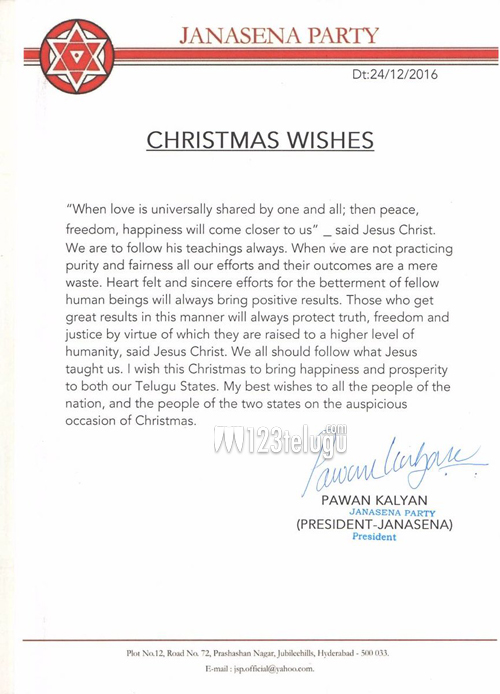