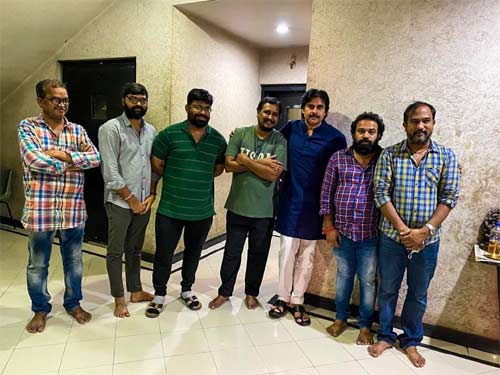 Star hero Pawan Kalyan commenced dubbing for Vakeel Saab on Monday. The latest update is that the Powerstar has wrapped up the dubbing within 6 days. The film will soon wrap up other post-production formalities even as the promotions are going on in full swing for the last few days.

Vakeel Saab is scheduled for release on April 9. Dil Raju and Boney Kapoor are jointly bankrolling the project. Thaman has composed the soundtrack.