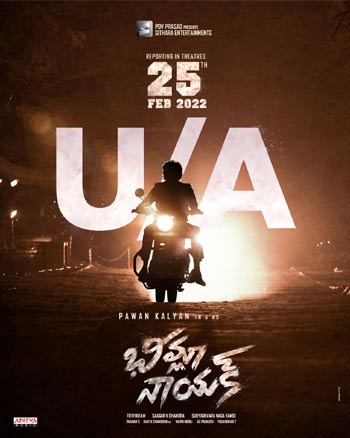 Bheemla Nayak, featuring Power Star Pawan Kalyan and handsome hunk Rana Daggubati, is all set to release in theatres worldwide on February 25, 2022. Directed by Saagar K Chandra, the movie has Trivikram as screenwriter.

The movie finished the censor formalities today and awarded with a U/A certificate. In the meantime, it is also confirmed that the movie’s runtime is 2 hours and 21 minutes.

Nithya Menen and Samyuktha Menon are playing the female lead in this action entertainer. Produced by Suryadevara Nagar Vamsi under Sithara Entertainments, the film, which has Thaman’s music, is also going to be released in Hindi.