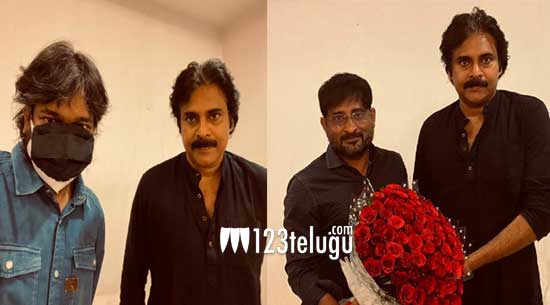 These photographs were clicked earlier today when director Harish Shankar and producer Ravi of Mythri Movie Makers met Pawan Kalyan to wish him on the New Year. Harish took to Twitter and said that they had a long and productive meeting with Pawan regarding their highly-anticipated social drama, tentatively titled PSPK28.

Apart from releasing the announcement poster a few months ago, PSPK28 makers have not come up with any additional announcements regarding the project so far. Now that Pawan has wrapped up Vakeel Saab, he is gearing up to shoot Ayyappanum Koshiyum remake and PSPK28 simultaneously. More details about this crazy project will be out in the coming weeks.