Pawan thanks US fans for Agnyaathavaasi’s record release
Published on Jan 4, 2018 9:40 am IST 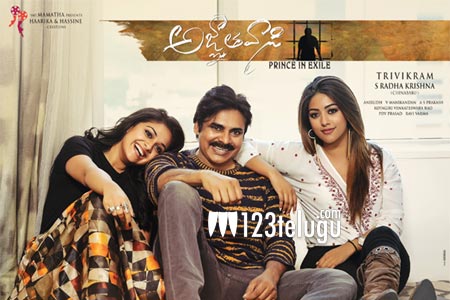 We had reported already that Power Star Pawan Kalyan’s landmark silver jubilee film, Agnyaathavaasi, is releasing in as many as 547 screens across the US. The film’s overseas distributors at LA Telugu have pulled off this staggering feat, which is a record for any Indian film ever released in the US.

In a video message, Pawan thanked his US Telugu fans for giving his film a never before release. Pawan said that he is surprised and happy with such a huge release for his film. He also said that all the NRIs studying and working in the USA have the support of crores of people back in India if and when needed.