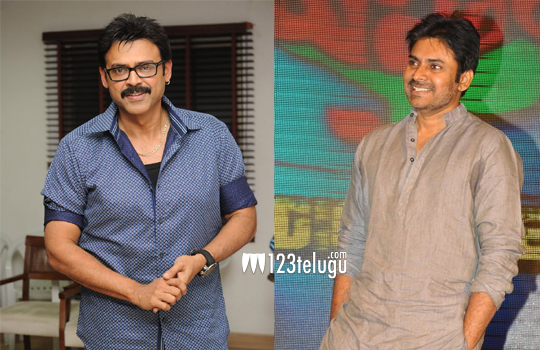 Power Star Pawan Kalyan has fulfilled his mission of driving out the Congress and YSR Congress out of Andhra Pradesh.

He is now going to turn his attention back to films and he will start working on OMG remake from the end of this month. This film will be directed by Dolly of Tadakha fame.

Victory Venkatesh will be playing the role of a middle class Indian who is frustrated with life. Suresh Babu and Sharath Marar will be jointly producing this big budget film.