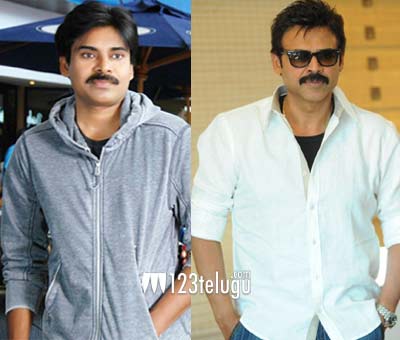 It is known fact that Venkatesh and Pawan Kalyan will be teaming up for the Telugu remake of ‘Oh My God’. The latest news about the film is that it will go on floors from the 19th of this month.

Venkatesh will be replacing Paresh Rawal in this remake while Pawan Kalyan will be seen as god in this film. Producer Sharath Marar said that the regular shooting for this film will start from May 19 and further added that the movie is expected to release in September.

Sharath Marar is producing this film along with Suresh Productions. Kishore Padarsani who directed ‘Tadakha’ will be directing this film.