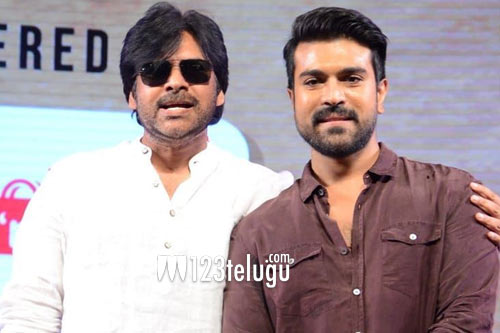 Around a couple of years ago, Pawan Kalyan had announced that he will be producing a film featuring his nephew Ram Charan as the hero. However, the project never went on floors due to Pawan’s busy schedules in politics.

Now, in a latest interview, Pawan has said that his film with Charan is definitely on the cards and that he will make a formal announcement once he locks the director and the story for the film. Needless to say, fans will celebrate the moment when both Pawan and Charan join hands for the project.

Pawan also opened up about his comeback film. He said that preparations for the movie are on and urged everyone to not concentrate on his film, but to discuss more about the ongoing political issues.