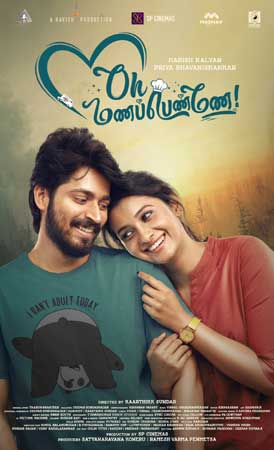 Released in 2016, Vijay Deverakonda and Ritu Varma’s romantic musical, Pelli Choopulu, went on to become a huge hit at the box-office and also won national awards for its writer-director Tharun Bhascker. The film is being remade in Tamil with young Kollywood stars Harrish Kalyan and Priya Bhavani Shankar.

This much-awaited Tamil remake has been titled Ohmana Penne and the first look poster had been unveiled this evening. The film is being directed by Karthik Sundar and produced jointly by Rakshasudu producer and director Koneru Satyanarayana and Ramesh Varma. Vishal Chandrashekhar has composed the film’s soundtrack.