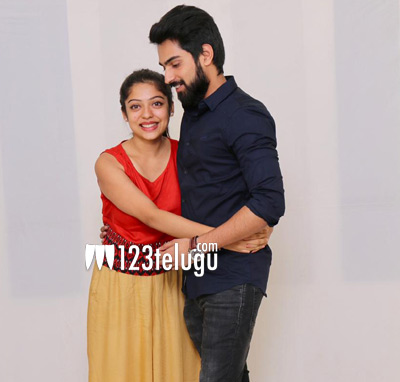 Released in 2016, the national award-winning romantic drama, Pellichoopulu, made its producer Raj Kandukuri a name to reckon with in Tollywood. Now, Raj is launching his son Shiva Kandukuri as a hero under his Dharmapatha Creations banner. The film’s shooting has kick-started today.

This as-yet-untitled film has Varsha Bollamma as the leading lady. Varsha has made a striking debut with Vijay Sethupathi and Trisha’s blockbuster romantic drama, 96. Debutant Sesha Sindhu Rao is directing the film and Gopi Sundar is scoring the music for it.