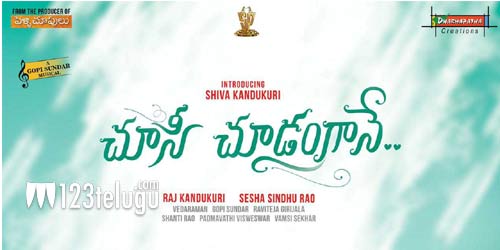 It’s been earlier reported that Pellichoopulu producer Raj Kandukuri is introducing his son Shiva Kandukuri as a hero. Shiva’s debut film is a breezy romantic comedy. The makers have zeroed in on ‘Choosi Choodangaane’ as the film’s title.

Choosi Choodangaane has 96 fame Varsha Bollamma as its leading lady. The film is nearing completion and the makers are planning to release it in September. After Pellichoopulu, senior producer Suresh Babu will also be presenting Choosi Choodangaane.