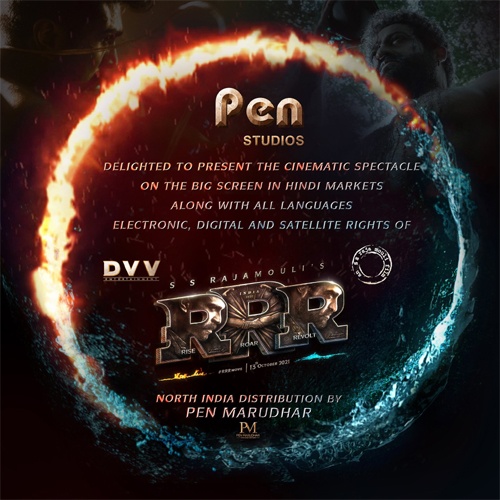 RRR is one of the biggest films that has been in the making for quite some time now. The film directed by Rajamouli is getting for a massive release on the 13th of October worldwide.

Naturally, the pre-release business of the film is happening on a record basis and the latest update is that Pen Studios have acquired the North India Distribution Rights along with electronic, digital, and satellite rights of RRR in all languages.

The gossip is that the studios have spent a whopping 500 crores to bag these rights. This makes the film a hot property and puts the makers in the profit zone.

Ram Charan and NTR play lead roles in this film which also has Alia Bhatt and Ajay Devgan in key roles.