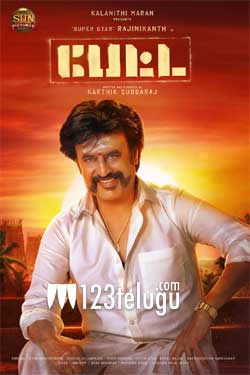 It looks like the makers of Super Star Rajinikanth’s Petta are having a tough time controlling the leakage menace. After Rajinikanth’s on-location stills being leaked in the past, two more leakage shocks have struck the team hard.

In the latest photographs, Rajini’s and heroine Trisha’s getups have been leaked and are going viral on social media. While Rajini was seen in a youngster’s getup with a stylish moustache, Trisha was seen sporting a traditional Tamil girl’s avatar. It has to be seen what measures will the team take to prevent any further damage.