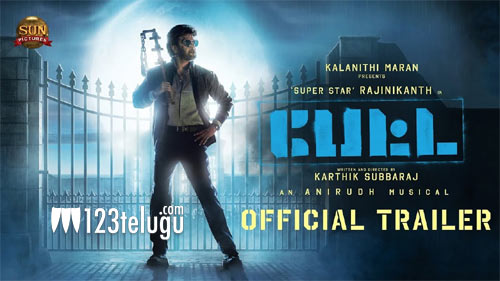 The eagerly awaited theatrical trailer for Super Star Rajinikanth’s Sankranthi biggie, Petta, was unveiled this morning. The trailer is an out-and-out tribute to Rajini the style icon. The veteran stalwart enthralls his fans with his stylish screen presence and his inimitable aura in the college episodes.

Petta’s trailer is cut in such a way that it didn’t give away the film’s plot much. But the main track between Rajini, Vijay Sethupathi and Nawazuddin Siddiqui surely raises expectations. Fans will also get to see 80s Rajini in his village man’s avatar.

Petta’s trailer has some splendid visuals by ace lensman Thirru. The film is shot extensively in the picturesque hill station, Darjeeling. Rajini’s romantic track between Simran and Trisha will be something to look forward to. The film also has Sasikumar, Bobby Simha and Megha Akash in key roles. Sun Pictures banner has bankrolled this film. Anirudh Ravichander is the film’s music composer. Petta is slated for release on January 10.