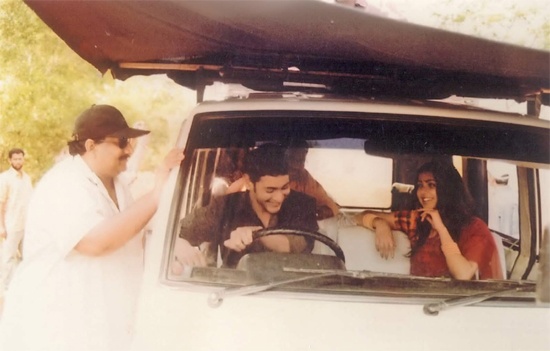 Okkadu is a film that is always special for Superstar Mahesh Babu’s fans. Directed by Gunasekhar, the film created a rage at the box office and brought huge stardom for the actor. The songs and the very famous Kondareddy Fort scene created havoc back then. It was later remade in several languages.

Today MS Raju, the producer of Okkadu, took to his Twitter handle and posted a throwback picture from the shoot of Okkadu. He mentioned that he was congratulating Mahesh and Bhumika for doing a dangerous jeep chase scene without any dupe. Within no time, the pic went viral.

The actor’s fans have been asking MS Raju to produce a sequel to this blockbuster film. He has also promised the fans earlier that he will bankroll Okkadu 2 soon. Let’s see if that happens.

March 2002..When i was congratulating superstar @urstrulyMahesh babu & @bhumikachawlat on Location for doing a daring shot for that famous jeep chase without dupe…my god that shot was dangerous pic.twitter.com/RM750JZMO6