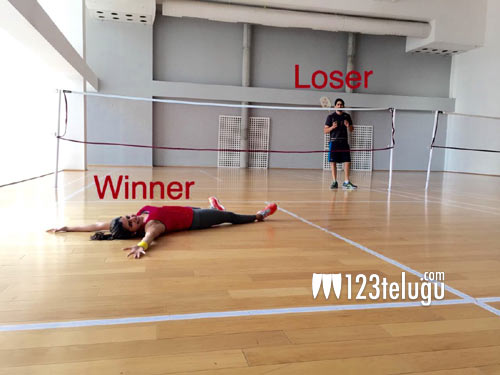 In this amusing picture, Tollywood’s young couple Naga Chaitanya and Samantha are seen in a jovial mood after a game of badminton. Samantha herself tweeted this photograph saying, “Bu ha ha ha ha. That time when @Pvsindhu1 got us inspired.”

Ever since they broke their silence on their relationship and following Akkineni family’s announcement about their marriage, Chay and Samantha are making a huge splash together on social media.

Earlier today, a few photographs featuring Chay and Samantha spending some cozy moments in Premam’s success party amused their fans. The lovebirds are all set to tie the knot in 2017.

Bu ha ha ha ha ?? That time when @Pvsindhu1 got us inspired . pic.twitter.com/QNzcRelyQa