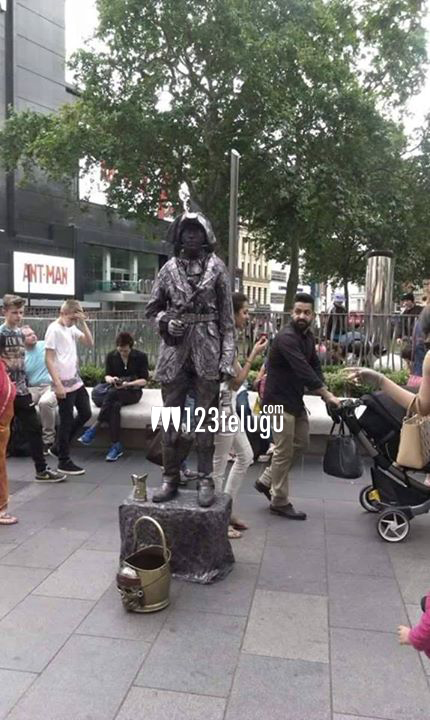 We all know that NTR is currently shooting for his film in London and several pictures have already come out about his look. In one of the picture NTR was also seen with his one year old son. Once again, a new picture has now surfaced which showcases NTR spending some cozy time with his wife and son on the streets of London. See and enjoy this rare pic folks.