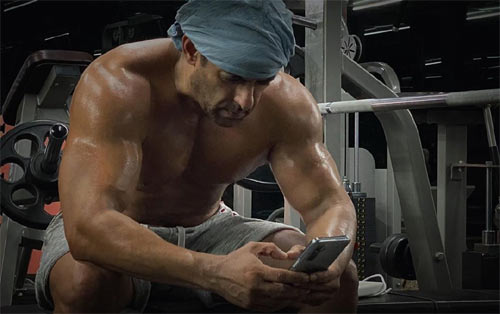 This picture of Bollywood star Salman Khan showing off his muscular body after an intense workout session is wowing his fans. Salman shared the picture on Instagram with the caption – “Just finished working out.” The actor is deeply engrossed in his mobile as he was being clicked at his Panvel farmhouse.

On the other hand, a lot has been said and written about Salman ever since the tragic passing of Bollywood star Sushant Singh Rajput. Salman was accused of suppressing young talent who don’t have any godfathers in Bollywood. Even Dabangg director Abhinav Kashyap had accused Salman of destroying his career.