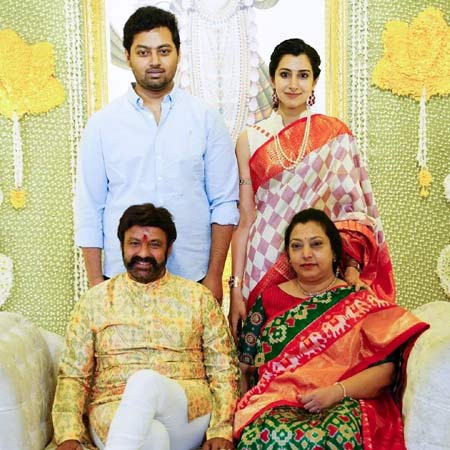 Natasimha Nandamuri Balakrishna is currently busy shooting for his next with the director Gopichand Malineni. Tentatively titled NBK107, the movie has Shruti Haasan as the leading lady.

Today, a picture of Balakrishna with his son Mokshagna has been surfaced online. Since then, the image, which also has Balakrishna‘s wife Vasundhara Devi and daughter Brahmani, has been doing rounds on social media. Fans and netizens have shown curiosity to see how Mokshagna looks now.

On the work front, the Akhanda actor will join the sets of his next with Anil Ravipudi from September 2022. More details about the venture will be announced in the coming days.