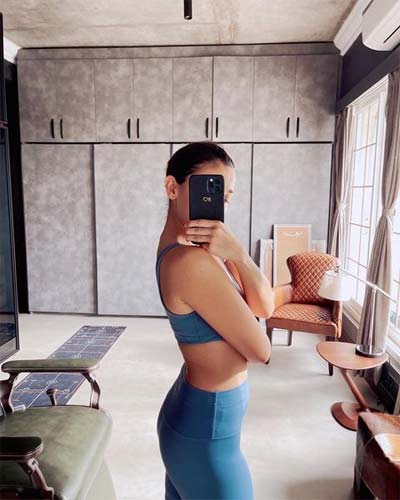 Alia Bhatt is set to debut in South Indian cinema with Rajamouli’s magnum opus creation, RRR and she seems pumped up about the same. She will soon be joining the sets of the periodic actioner and wrap up her portion at a stretch.

Earlier today, Alia shared a snap of herself in gym outfit. She flaunts her toned physique in the snap and her followers are in love with the same.

Alia Bhatt has taken up a 40-day fitness challenge and she is halfway through it, as confirmed by herself. She is dropping major fitness goals.

Alia pairs with Ram Charan who plays Alluri Seetharama Raju in RRR. She is playing a brief yet highly impactful role in the Rajamouli directorial.