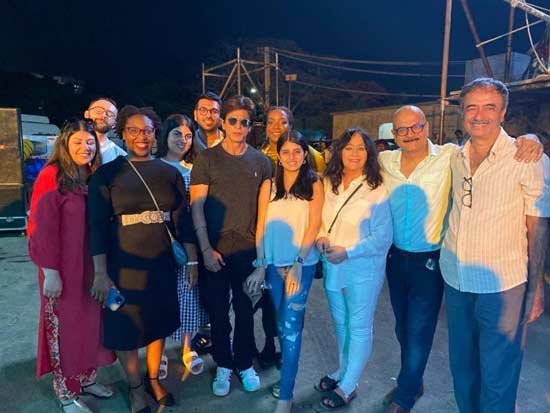 Bollywood star actor Shah Rukh Khan has recently surprised everyone by announcing his next movie, Dunki, with the top director Rajkumar Hirani. ‘Delhi Doll’ Taapsee Pannu is the female lead in this picture.

Now a photo, which is presumably taken on the sets of Dunki, has surfaced online and gone viral in no time. The fans are surprised by the present look of King Khan. They are pouring in comments that the star hero looks so healthy. Some also commented that the actor looks like how he was in Swades and Kal Ho Na Ho.

On the other hand, SRK is also busy shooting for his next, Pathaan, under the direction of Siddharth Anand. Produced by Rajkumar Hirani and Gauri under Rajkumar Hirani Films, Red Chillies Entertainment and Jio Studios, Dunki is slated for a grand release on December 22, 2023.