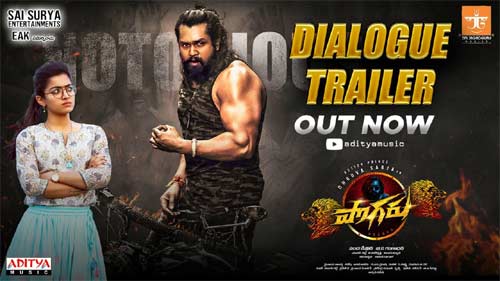 The songs of Pogaru have created a good buzz for the Kannada film that has Dhruv Sarja as the main lead. The film is being dubbed in Telugu as Pogaru and the makers today revealed its trailer.

The film is a mass masala entertainer and showcases Dhruv as a rugged mass guy who is hard to handle even by the cops. Rashmika is shown as the girl who hates him and there comes a twist when the hero falls for her.

How a mass guy falls for a cute girl and what problems he faces from the cops is shown well. The film has been shot mostly in Hyderabad and looks like, full-on entertainer. For now, this Kananda project has managed to evoke enough vibe.