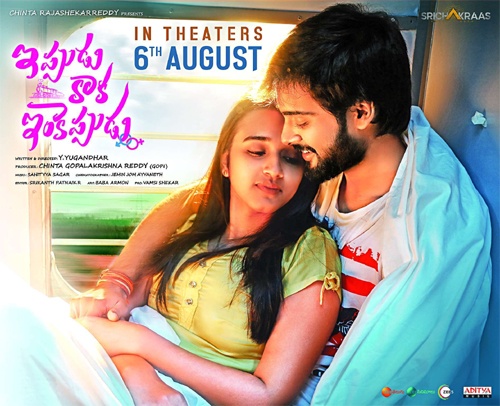 A case has been filed against the upcoming Telugu romantic drama, Ippudu Kaaka Inkeppudu, with the Vanasthalipuram police. Several members of the Hindu religious group VHP and the BJP approached the police, alleging that the film is hurting Hindu sentiments by the objectionable picturisation of a few scenes.

According to the media reports, the complainants alleged that Ippudukaka Inkeppudu makers picturised a bedroom scene with the sacred Lord Venkateswara Bhajagovindam keertan playing in the background. They also alleged that a few objectionable shots and dialogues in the trailer that demean the Hindu gods Lord Sri Krishna and Tulsi Mata be removed from the movie.

The complainants also threatened to halt the film’s release on August 6, if the makers are not arrested immediately. Starring newcomers Hasvanth Vanga, Namrata Darekar and Katalyn Gowda in lead roles, Ippudu Kaaka Inkeppudu is directed by debutant Yugandhar and produced by Chinta Gopalkrishna Reddy under Sri chakraas Creations banner.