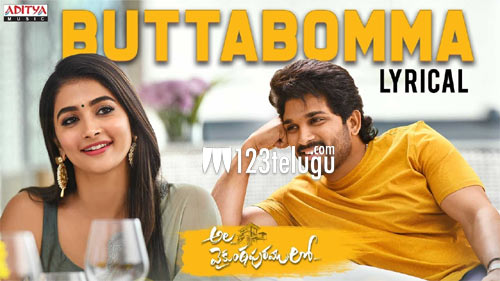 Butta Bomma, the fourth song from Allu Arjun and Trivikram’s Sankranthi family entertainer, Ala Vaikuntapurramuloo, was released recently and it instantly became a chartbuster. The folk flavor and the beats are a hit with fans.

In a pleasant surprise to all the thrilled fans, the ‘Buttabomma’, Pooja Hegde, took to Twitter this morning and offered a sneak peek of Butta Bomma making. The 11 second video has both Pooja and Bunny grooving to the first line of the song and their dance moves are a treat to watch.

Ala Vaikuntapurramuloo is slated for release on January 12. Thaman is the film’s music composer and S Radhakrishna is the producer. Allu Aravind is presenting the movie.