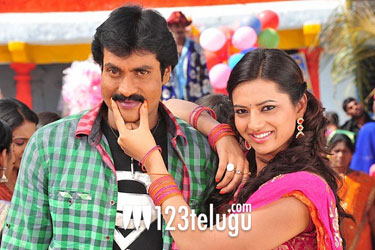 Sunil, Isha Chawla starrer Poola Rangadu is going to release on February 3. We had earlier reported that the film had pulled out of Sankranthi race and that the film might release either on January 26 or a week after that. Now, our sources say that the makers of the film are keen on releasing the film on February 3. Veerabhadram has directed this film which is said to be a laugh riot. K Atchi Reddy is producing the film on Max India Productions banner and Anup Rubens has composed the music. The film’s audio is going to be launched on January 9. Although, there are less films releasing this Sankranthi than expected, the first half of February already looks crowded with films like Nippu, Poola Rangadu, Ishq and several other small films.